The Best Learn to Surf Beaches in San Diego 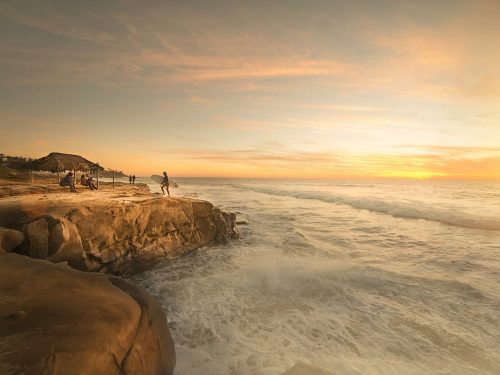 Discover where the best learn to surf beaches in San Diego are located or get in touch with Pacific Surf to book a surf lesson with our trusted team today.

San Diego is a veritable surfers paradise with dozens of epic waves on offer and an eclectic local surf scene. This makes it one of the most ideal places for beginners to try their luck at surfing for the very first time.

Before you paddle out though, check out the following article the team here at Pacific Surf have put together. Complete with a detailed list of the best learn to surf beaches in San Diego. See you in the waves everyone!

Known locally as PB, Pacific Beach is regarded as a dream surf spot for beginner wave riders, due to its gentle waves and consistent conditions.

A sand bottom break, it is also incredibly forgiving. So if you do happen to have a tumble while attempting to stand up, you can rest assured you’ll live to fight another day. Lifeguards, public toilets, plenty of restaurants and bars plus a lively surf community make it one of the best learn to surf beaches in San Diego.

Chalk it up as one of those must-visit destinations if you’re ever in town and enjoy the small waves that seem to be breaking here on the regular. 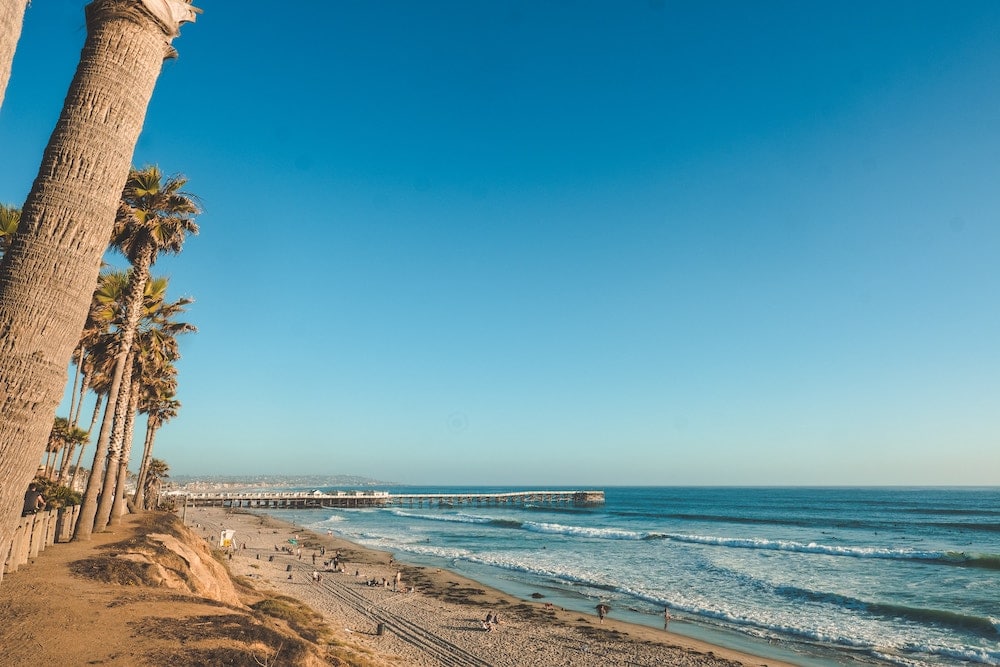 Ocean Beach is a funky little area with a throwback vibe that makes it popular amongst trendy locals and curious travelers alike.

As a beginner surfer in the area you’ll no doubt enjoy the fact it almost always has surf and that all the waves are pretty mellow. On the downside, it can get crowded, but with such an interesting mix of people in the water you’ll always have something to look at.

When it’s small, the peaks near Newport Avenue can be super fun if you’re only just learning to surf. As you progress though you can move further north towards what’s known as “Avalanche Jetty”, where peeling righthanders run down a man-made rock wall.

Just remember when you paddle out that you pay respect to the local crew who surf here. Many of whom have been chasing waves here since the 70s and 80s.

You can’t make a list of the best learn to surf beaches in San Diego without mentioning La Jolla. With its predictable lineup, quality waves and ample parking, many surfing neophytes will find it easy to reach and hard to leave. As such, there are often people surfing La Jolla from the moment the sun rises till just after sunset.

La Jolla is also protected from the southwest trade wind. This means that a stiff onshore won’t blow out the waves in the same way it would at many other spots along the coast.

There are lots of surf schools and many grommets who use La Jolla as a testing ground before moving onto bigger and better waves, so you’ll need to learn how to share the lineup. That being said, if you book a surf lesson with Pacific Surf, you’ll still get more than your fair share of decent rides on any given day.

Head south of Belmont Park and you’ll run smack bang into one of the best learn to surf beaches in all of San Diego – Mission Beach.

Perfect for those who are only just learning to surf, Mission Beach is a sand-bottom break that can deliver some seriously fun sessions. Visit it when the swell is small and clean and the tide is high for your best chance of catching some short but epic left and righthanders.

If you’re feeling confident, head down to the South Jetty at the southern end of the beach. Here you’ll stumble upon a better-quality wave with more to offer in terms of rideability and size.

Note that like many other places in San Diego, Mission Beach can get crowded. To ensure you still rack up a solid wave tally though, consider booking a surf lesson with the team at Pacific Surf. Something that’s easy to do given that our surf school is situated directly in front of The Best Western Blue Sea Lodge Hotel on Mission Beach.

Choose the best learn to surf beach in San Diego to improve your skills at and kickstart your surfing adventure with Pacific Surf today. 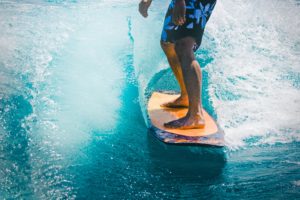 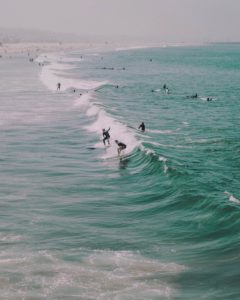 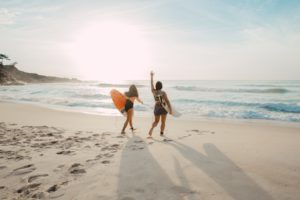